Halloween’s over and done with. All the tricks for 2020 seem to be exhausted. All that’s left are treats and more treat as the festive season approaches. Yes, I can be found singing Christmas Carols in the middle of the day while arranging my favourite snowy, holiday-ey movie playlists. Are you dreaming of a white Christmas too?

Well, then I have a little treat for you along with some well earned Christmas cheer.Today we have the cover reveal for Cassie Cross’ Let It Snow!

About FROM THE BARONESS’S DIARY III: THE HAPPILY EVER AFTERS – Available 8/28
I’ve been trying to get away from one man, I didn’t think I’d end up with three.
I flee my abusive husband and travel to Italy to find Salvatore Di Luca, my long-lost love.
But the moment I set foot in Sicily, my life takes an unexpected turn: I meet Enzo, a dominant, broken-
hearted man, and we connect at first sight. I couldn’t have imagined he is Salvatore’s elder brother and
that they have a younger brother, Angelo, who thinks he is damaged for life.
It’s more than a trip. It’s a life-time journey.
All three of them want me and I want to heal their tortured souls and broken hearts. Before I even realize
what is happening, we are entangled. Yet I am still married and the darkness of my past comes crashing
down on us sooner rather than later, threatening more than our happiness.
But I won’t go down without a fight because my journey won’t be
complete until forever belongs to the four of us.
If you are a fan of a romance and drama, you will love this scandalous, refreshing, and, of course, incredibly gripping story which involves three alpha Italian knights who will do anything for their
baroness—oops, their Principessa. Buy this quick-blush, perfect bedside read by USA Today bestselling
author Cristiane Serruya now!
Please note that this book might covers sensitive topics to some readers.
FROM THE BARONESS’S DIARY III: THE HAPPILY EVER AFTERS releases 8/28 – preorder now!
Amazon – https://amzn.to/2LjQ3xW
iTunes – https://apple.co/2sWdJMW
Kobo – http://bit.ly/2K7UKKA
Nook – http://bit.ly/2MihzIk
Google Play – http://bit.ly/2KilS92 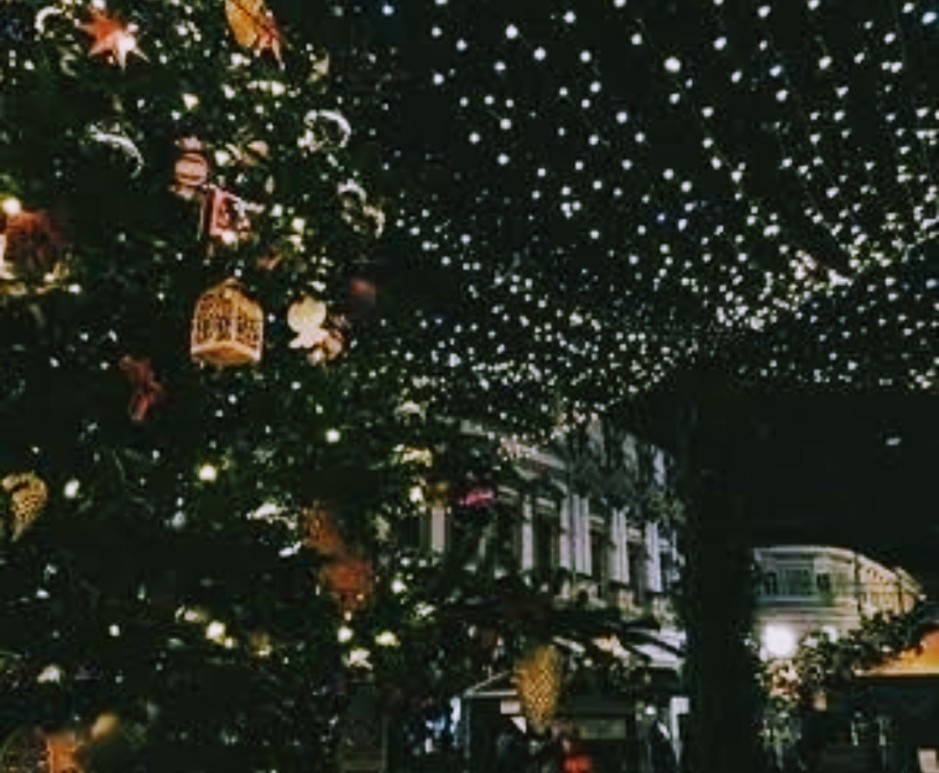 Some days are a whirlwind

Blowing you along in a heady spin

Rolling in and rolling out

At a pace which leaves no room

For a sit down with your thoughts and moods

And then there are those

With a creepy feeling of foreboding

You know deep within

That they’ll take you for quite a different ride

Into your soul, into your mind and even into your heart

END_OF_DOCUMENT_TOKEN_TO_BE_REPLACED 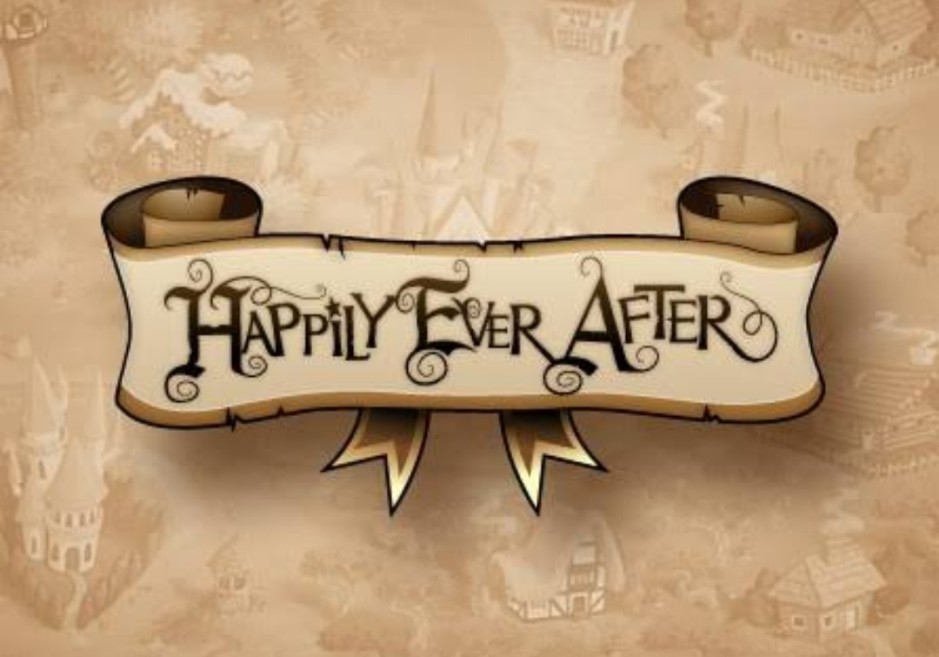 It won’t be like the novels you grew up reading

In the dim light of a torch under a blanket

Or the movies you stayed up watching

With a popcorn and a cushion for comfort

Nor would it be like the stories of yore

With promises of happily ever afters

No, you won’t get a romance for all ages

But that shouldn’t stop you

From giving love for a lifetime

It had been a week at his new job, the one he bagged straight out of college.

“How’s office been treating you?” She asked, sleepily. Time zone differences sure take their toll.

“Oh, nothing. It’s just that the coffee here is disgusting” He replied, still trying to spit it out.

Two thousand kilometres away, only half awake, she made a mental note to get a flask to pack coffee with him to take to office.

Two thousand kilometres away, he saw her faraway, pondering and deeply concerned expression and smiled. Knowing exactly what she was thinking, he lulled her to sleep.

Boy, does distance really come in between love?

And with two left feet

He extended his hand,

With the offer of a dance.

She fumbled around the floor,

Matching his missteps at every chance.

They adopted an awkward stance.

There was no beauty in their dance.

But, oh! there was beauty in their dance.

For more poetry, please click here. Please leave your thoughts and comments down below, I’d be delighted to get a feedback. Thank you for reading!

When we’re young, we have a beautiful notion of love. Our hopes and dreams are framed by Mills & Boons. Love, as we’d believe, was a perfect fairytale with a happily ever after that cannot be marred by any hardship. We fall for blue eyes, golden hair, soft, pink hands held while passing smiles. Till, one day, poof! it’s gone. It feels bittersweet but didn’t really mean anything in retrospect. Even if we look back on it just a day later. It isn’t something a bowl of icecream and a night spent weeping on our mother’s lap cannot fix.

When we’re slightly older, our idea of love mingles a tad with the unattainable. Our focus shifts from the sweet pangs of first love, to the allure of bad boys. There’s an aura of mystery and the thrill of a dangerous chase surrounding them. They hide such secrets in their eyes that it can unlock the very depths of our hearts. They leave in their wake a ruin where only pain and misery reside. Through our filtered lenses, we start believing that love is painful and sad. It comes with sacrifices and compromises. The stench of betrayal and the stain of being used are not easily washed off. We give and keep on giving till there’s nothing left for them to take. We do regrettable things to keep them around. Even to the extent of hurting ourselves. Changing our very being to suit them better. In trying to find love, we end up losing ourselves. Love becomes an illusion. Hard and ephemeral.

Then we grow older and, arguably, more mature. We move on, shutting all doors to love. Love is synonymous with hurting and we can’t take it anymore. By now we know it’s not something that is meant for us, even if it does exist. We have fortified ourselves against its sadistic nature and, thereby, alienated ourselves from any opportunity of experiencing it again.

And just then, when we’ve locked our hearts and thrown away the key for good measure, love, finally, seeps in. It comes in the form of a friendly, kind face. Of hopeful eyes. Of imploring smiles. Of hands held out to catch you whenever you stumble. Of words designed to complete you when you fumble. Of promises that are, indeed, kept. Of happiness that is freely showered. We eye it with scepticism. We relegate it to the far confines of our mind, determined to never revisit the dark days.

And yet, and yet! It finds its way. It’s built on the blocks of perseverance and understanding. It stands tall on the pillars of commitment, for better and for worse. It takes all the worst parts of you and replaces them, piece by piece, with hope, with happiness, with a sense of belonging. It cherishes you like an unparalleled treasure. It cradles you like a long lost part of your own soul.

This, my friends, is when we see love in all its glory. After a fantasy and a tragedy comes reality. A love that transcends all ages. Find it, hold it, keep it, for its not leaving you alone till you learn what it means and can start to love yourself.

Most tales of yore end with “and there were none”. This, however, ends with –

And then there was love. 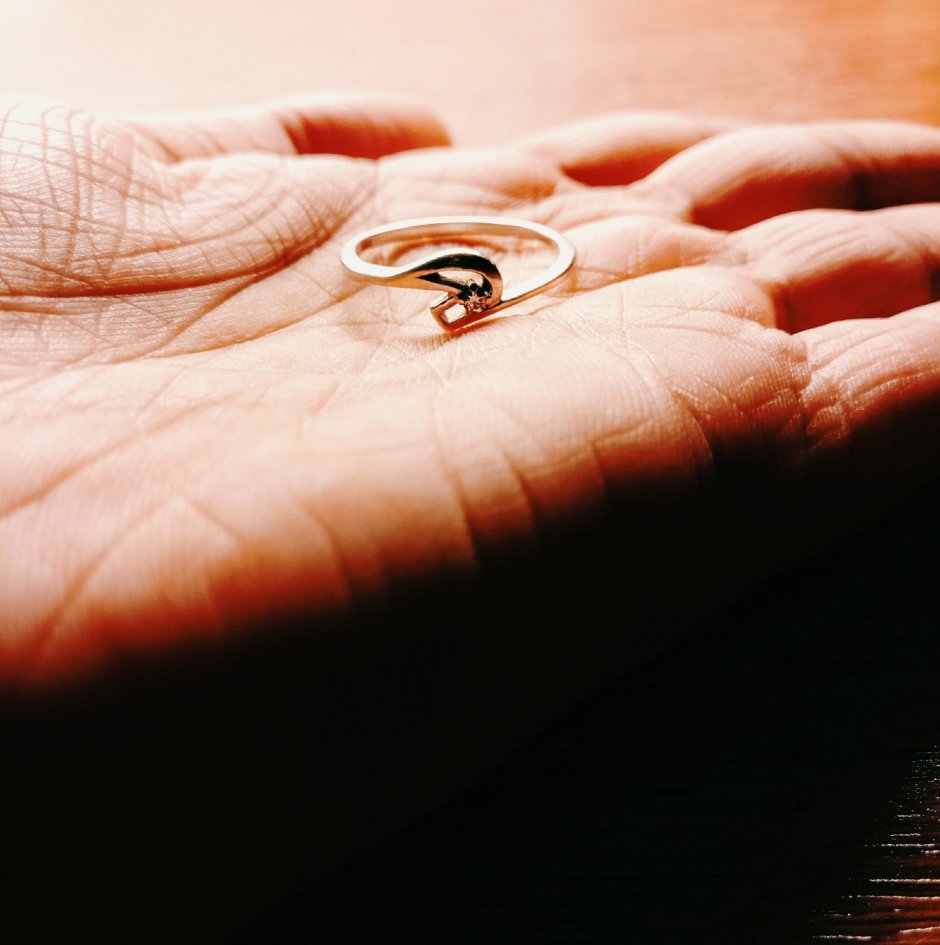 “Oh, you like me now! Give it a few months and you’d be running for the hills”, she said wearily – hiding the pain of having people fall out of love with her before.

“Oh, you shall see, I’m a sticky person,” he responded with the confidence and wisdom of one who’d waited all his life to love the right person and knew what he wanted.

“You’re saying this because we’re still in the honeymoon period of our relationship. Talk to me in 2 months!” She whined and stomped out.

“So you were saying, honey?” He winked.

Letting out an exasperated sigh, she said,”It’s not my fault we’re undergoing an unexpectedly long honeymoon period. Something’s wrong with you! But you wait, you just wait. You’ll see I’m right!”

He smiled indulgently, having given up on convincing her of their longevity, and retorted,”Fine, I’ll put a reminder alarm on my phone for exactly six months from now. We’ll see who wins, alright?”

With a heavy heart, she agreed. No one had ever bothered to stick around, why would he be any different. It was unfortunate, though, that she’d fallen irrevocably in love with him. It’ll hurt that much more when he leaves. She’d better start preparing herself for when the axe falls.

One morning, while he got her coffee and pancakes in bed (yes, he pampered her silly), she heard a beeping sound go off. “Why’s your alarm ringing now? You’re already up?”

Furrowing his brow in confusion, he picked up his phone to check. Within seconds, he was howling with laughter, rolling on the bed. It was only when she glared at him with her most angry expression, which he secretly thought made her look as cute as a button, did he get around to showing her his phone. The alarm read – “Tell her she’s wrong!”

She cracked up instantly too. Both falling in each other’s arms, giggling, laughing, snuggling, oblivious to the world outside.

When he teased her for being wrong for once, she said in a huff,”I still maintain something’s wrong with you! I just need to find out what it is!”

Suddenly getting serious, he looked her straight in the eyes, waiting for her to stop laughing and look back at him.

“Marry me, will you?” He said with such intensity that her jaw dropped.

She looked at him, silent, dazed and confused.

“Marry me?” He repeated.

She blushed. Giggled. Plunged under the covers to hide.

In a moment, she emerged, laughing and nodding her head. It took her a few more minutes to find her voice to say “Yes! Of course, yes!”

She was choking, her voice overwhelmed with emotions.

He was swift to place a ring on her finger lest she got inundated with doubts again. Not about marrying him. About losing him and having to live without him.

“You’re everything to me” He said, sealing the deal.

“Well, you’re saying that now. Give it some time and you’d be fed up of my crazy ass.”

“So shall I put the reminder for ten years later, honey?” He asked, with a serious face.

“Oh, don’t you dare!” She screamed and threw a pillow at him.